If you’ve ever seen Ji Chang-Wook, then you may aware that he’s not only a great actor and singer but also incredibly handsome. In fact, Ji Chang-Wook has been considered to be the most handsome Korean actor of the year more than once, after being voted for by millions of fans, including the current year of 2020.

If you are a big fan of Ji Chang Wook you can follow his official Instagram handle with over 14.8m followers or official Facebook Page with 2.5m followers.

Here we will be discussing Ji Chang-Wook’s current relationship status, past dating rumors’ and if you’re interested in knowing whether you may have a chance with this handsome and talented Korean actor, then don’t worry because we will also be discussing what his ideal type is! 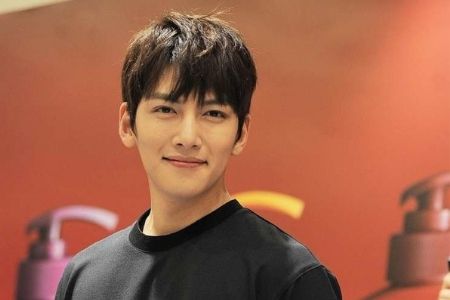 Encase you can’t wait any longer to find out whether or not this handsome and talented Korean actor is available, you can now relax because as of recently Ji Chang-Wook confirmed that he is indeed single and he even revealed in an interview that he is looking for a partner.

Over the years, Ji Chang-Wook has dealt with numerous dating rumors’ with many of his female co-stars as well as close friends which he has been spotted spending quality time with or just seeming to be very close. However, most of these rumors’ were confirmed by Ji Chang-Wook himself to simply just be rumors and nothing more.

But we’ll let you be the judge, here are Ji Chang-Wook’s past dating rumors… 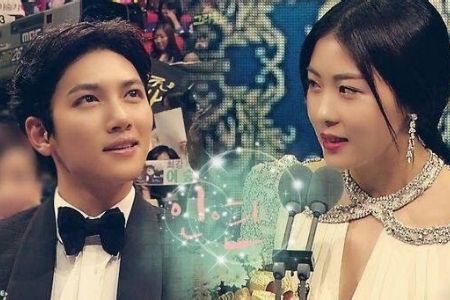 This beautiful actress met Ji Chang-Wook, as they were both part of drama series, ‘Empress Ki‘. Because the two seemed to fit so well together in the series, fans couldn’t help but wonder if the connection was the same in real life. This rumour only got more attention during an interview with both actors, after fans noticed actor Ji Chang-Wook continuously kept on complimenting the actress, saying she was a good listener and has a cheerful persona.

Despite how perfect these two seemed together on camera, neither have confirmed of being more than just friends. 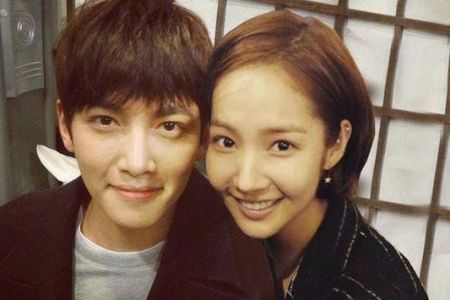 These two talented actors started off as friends, but many suspected that there was something more than just a friendship. There were two possible theories surrounding this rumor. Either both actors were in a romantic relationship or Ji Chang-Wook was crushing over Park Min-Young.

These suspicions began to rise after fans noticed the two were incredibly close off-camera, as both actors posted various pictures with each other on their own personal Instagram accounts. The two were even spotted one time at a restaurant for four hours, after Ji Chang-Wook went to surprise Park Min-Young while she was working in China and according to fans Ji Chang-Wook seemed to be extremely happy to get to spend time with the actress.

Fans also couldn’t help but notice that the handsome actor seemed to get quite nervous when he was with Park Min-Young, similar to how many act when they’re around their crush. When asked about this rumour, Ji Chang-Wook answered with, “Did we really do a good job in our acting?” 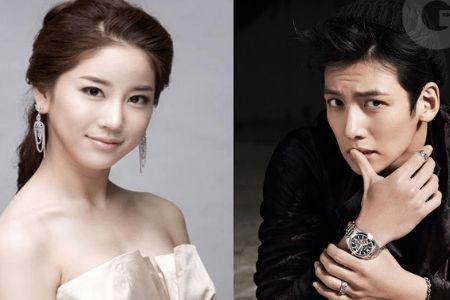 Fans began to suspect Ji Chang-Wook was dating former Miss Korea of 2009 after they both posted pictures of themselves on social media wearing the same exact necklace and sunglasses, Kim Joo-Ri was also seen following Ji Chang-Wook to one of his photo-shoots.

However, Ji Chang-Wook’s agency quickly came to the actor’s defence, explaining to the public that the two are simply just close friends and therefore tended to hangout often. As for the pictures where both actors were wearing the same necklace and sunglasses, both Ji Chang-Wool and Kim Joo-Ri confirmed that the necklaces were just a gift and the sunglasses were simply just very trendy at the time. 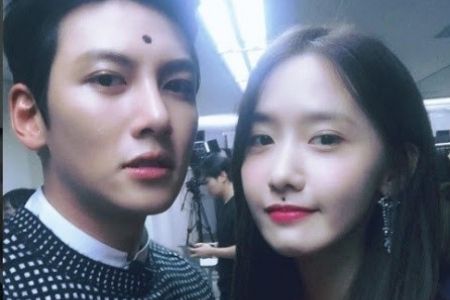 Just like Ha Ji-Won, Yoona became the new subject for the dating rumor surrounding Ji Chang-Wook after the two were both part of a drama series, called ‘The K2‘. The rumour sparked after both actors both performed a kissing scene in the series and fans just couldn’t help but notice that it seemed too realistic, possibly because it was?

Once the show came to an end, Ji Chang-Wook took part in an interview where he was asked about the rumours involving him and Yoona. His response was a simple, “Again?” and after giving one of the best responses to a dating rumour, Ji Chang-Wook followed his answer by explaining that the rumours and simply not true and the whole thing was just a misunderstanding.

During the series, both actors were asked to spend some time together in order to develop a natural bond for their roles. Ji Chang-Wook explained that their relationship is just like the one between a brother and sister and during that time, he was about to go to the military and therefore, dating was just not possible for him at that moment. 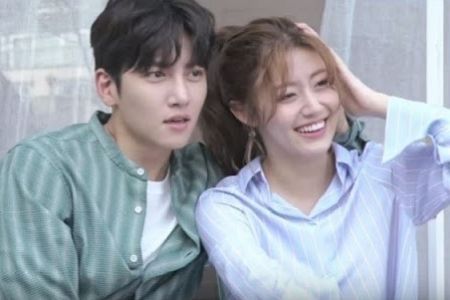 Just like Ha Ji-Won and Yoona, both Nam Ji-Hyun and Ji Chang-Wook met while both working on a romance series together called, ‘Suspicious Partner’. In the show, both characters had a love-hate relationship with each other which caused many fans to wonder if it was the same in real life and after seeing how both actors behaved around each other off camera, fans truly believed that this time, they were right!

Despite the two having a rocky relationship in the show, behind the scenes they got along super well with one another. They would often tease each other while working on their scripts for the show, but it turned out like these two actors are simply just good friends and nothing more. Which both actors quickly confirmed. 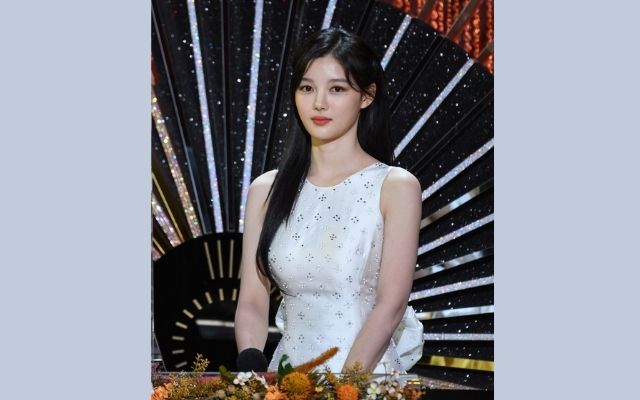 In 2020, the two starred in Rom-com ‘Backstreet Rookie‘. The chemistry Chang-wook and Yoo-jung shared on-screen made fans instantly fall in love with them.

Mutual friends also shared that the two are very close and are always texting each other, however, this is due to them having very similar personalities and nothing more. 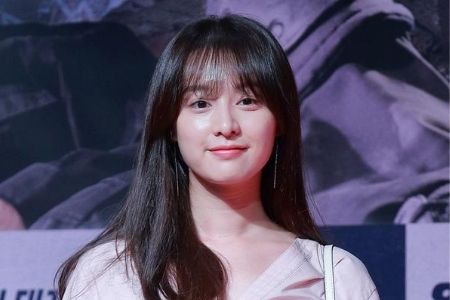 In 2020, Ji Chang-wook and Kim Ji-won co-starred alongside each other in romance film “Lovestruck in the City“.

The director himself thought the two were actually dating in real-life as well. However, during an interview the director shared that the reason behind their adorable chemistry was simply due to their professionalism. 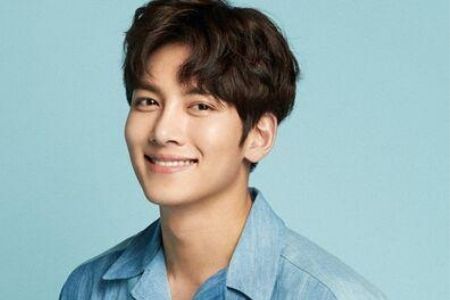 In April of 2019, Ji Chang-Wook had supposedly announced that he was engaged and about to get married as his fiancé and himself were both ready to start a family, shortly after completing his basic military training at the Army’s 3rd Infantry Division in Cheorwon, Gangwon Province. However, there is no further information on this topic, most likely because it was a rumors or perhaps because the supposed relationship between the two didn’t last any longer as Ji Chang-Wook confirmed he’s currently single. 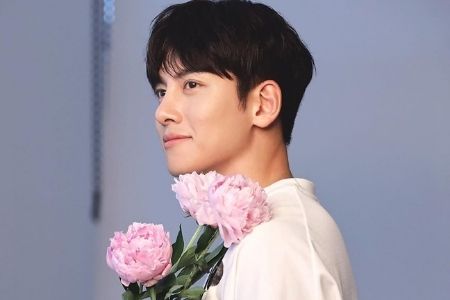 Ji Chang-Wook has stolen the hearts of millions of fans over the years with his incredible talent and eye catching good looks, if you’re wondering whether or not you have a chance with this South Korean actor, then don’t worry because you are definitely not alone. If you want to find out if you meet his expectations as a romantic interest, then keep on reading!

As he mentioned in an interview, Ji Chang-Wook is currently looking for a partner.

When asked what he’s looking for in a partner, Ji Chang-Wook confessed that he is a little picky with what he wants.

The actor explained that he is not interested in looks at all, as they do not matter to him, since they are just temporary. Although, he does want his future partner to have a good physique and be fun. He wants to find someone who he can naturally click with, someone who is good with conversing and who he can have deep conversations with, as he can be quite shy himself. Someone who he is able to be comfortable and himself with, at all times. He continued on to say that he wants someone who can allow him to be innocent, like a child. Someone who will inspire him.

Ji Chang-Wook wants relationship with someone who he can have a lot of fun with, but also be able to have deep conversations with from time to time. Someone who takes good care of themselves, has a lot of love for him and isn’t afraid to be themselves.

If you have all of these qualities, then you will definitely get the attention of actor, Ji Chang-Wook.